In order to convert the massive quantities of irregulated data into a single system with normalized data, we formulated a three part plan:

After the challenges of DIMHRS, Army end-users were skeptical of another “new system.” Without the Army’s support and buy-in, we knew we would never be able to complete the project. With this in mind, we crafted a process that would normalize the legacy system data and display it in a single, unified format. With the Army’s end-user support firmly behind us, and all hands pushing in the same direction, we created business rules to structure the data. These rules captured the outputs from all source systems, normalized the data, parsed out improperly coded information and loaded the data into a single source system. We tested our rules against original source data and attained a superb 99.98% accuracy rating. Our system worked, the final step was to make it user-friendly. We prioritized the location of the data points, removed the clutter, and inserted proper Army branding.

After two-and-a-half years, IPPS-A officially deployed to over 1.2 million active Army users – the largest HR system rollout in the history of the Department of Defense. Dozens of systems with incompatible data went in, and out came one system, with one set of data, beautifully represented and surprisingly easy to use. Today, for the first time in history, every soldier, from junior enlisted to Flag officers, can login to a single system and view a comprehensive personnel and pay record of their entire Army career. 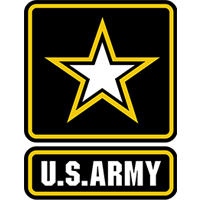